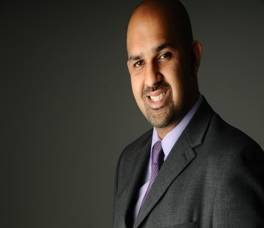 Asif was named to be awarded with MBE on the Queen’s Birthday Honour List. Describing his reaction on receipt of the letter, Asif exclaimed: “I was very shocked when I got the letter. I thought it was something relating to my Government work as public appointment and realised that I was honoured with MBE on the Queen’s Birthday Honour list for my work over the years providing services to Deaf and Disabled people. It hasn’t occurred to me and thought it was sent to me by mistake. Reality hit me and I felt humbled and honoured.

I’m delighted that Her Majesty The Queen and Prime Minister have recognised my work and want to thank everyone and organisations that I have worked with, including the public bodies, charity work, voluntary sector, government officials, Ambassadors, and people that I have been in contact with and worked with in my role with Deaf Parenting UK and my other roles as Public Appointment as well as the public for all their support.”

Asif added: “Also many thanks to all well-wishers who have sends me emails, Facebook messages and SMS of congratulations which are so heart-warming and overwhelming! Thanks for your continued support and will keep in touch!”