SABINA IQBAL, CHAIR/FOUNDER OF DEAF PARENTING UK NAMED AS ONE OF THE EUROPEAN MUSLIM WOMEN OF INFLUENCE LIST 2010 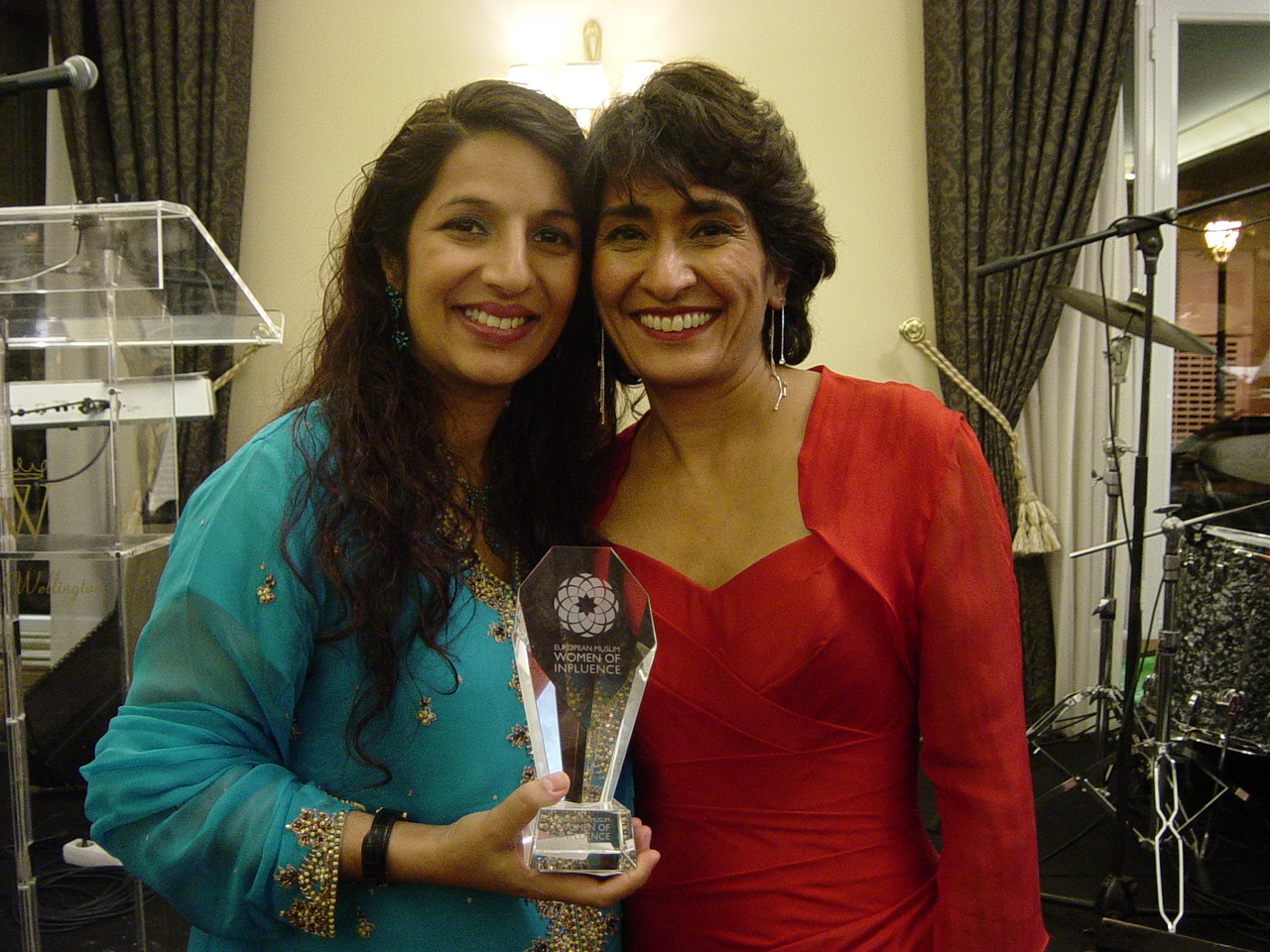 Razia Iqbal, Special Correspondent and presenter, BBC (pictured with Sabina, above) hosted the awards and announced 10 winners named on European Muslim Women of Influence List 2010.  Sabina Iqbal is one of them, a deserving winner. The judges confirmed that although it was to difficult to choose the 10 winners from 26 finalists, all winners were chosen as  a real role models for other, which fits in the heart of CEDAR Network. Sabina on receiving her award gave an moving and inspirational speech about her experience, her passion in empowering and motivating others to follow her footsteps. This resulted a standing ovation from the audience and many approached to Sabina to congratulate in her achievements.

Sabina Iqbal: “It was humbling to meet all the finalists and their work. I was stunned to receive the award; I hope this will serve as a positive role model for other Muslim women across the European and international level.  It is important for us to continue inspiring and nurture our future generation of younger girls/ women of all diverse groups and spread the messages of empowerment. They are the ones who look up to us as positive role models and learn from us of what we can achieve. I hope they get the encouragement and supports they needs, to achieve their potentials.”

More information can be found on the CEDAR Website: http://www.cedar-emwi.com/